The Golden Paddle Award was conceived in 2010 to recognize individuals who have made significant contributions to packrafting through innovation, dedication and conservation. Past winners come from all parts of the world and represent a diverse set of interests and accomplishments.

Legendary Alaskan packrafter Brad Meiklejohn was the 2020 Golden Paddle Award recipient. A champion for conservation and the founding President of APA, Brad’s tremendous sense of adventure, down-to-earth attitude and stewardship of wild places have inspired successive generations of packrafters over the last twenty years. Brad was one of the first people to recognize that packrafters possess a powerful voice to influence access and conservation issues of importance to our community. “We punch above our weight”, as Brad likes to put it. In 2012, he founded the American Packrafting Association with a group of like-minded adventurers and conservationists to represent packrafters across America and welcome a growing number of newcomers to the sport. He continues to fight for protections for the Arctic National Wildlife Refuge, and to maintain other intact, unfragmented landscapes across Alaska. 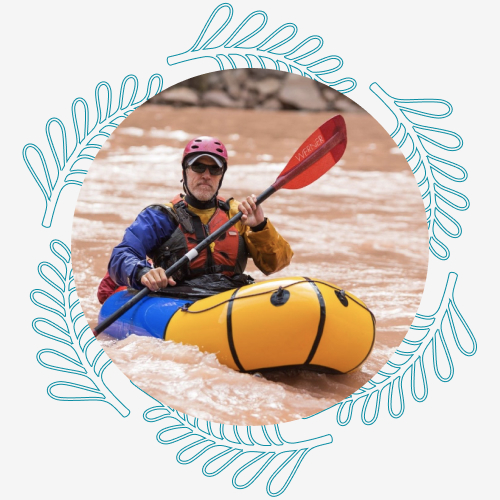 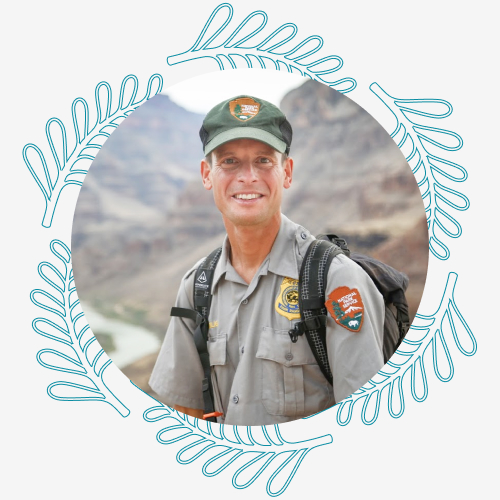 Todd Seliga is a backcountry ranger for the National Park Service in Grand Canyon who covers expansive areas within the park and interacts with visitors with diverse interests.  simplicity, efficiency, and adherence to wilderness ethics while exploring canyons and patrolling extremely remote areas. Todd sums it up, “I see packrafts as a very valuable means to connect with the public.” Todd has been a great advocate for packrafts as a rangering tool and incorporating this knowledge and enthusiasm into park planning.

Dulkara Martig is a dynamic adventurer from New Zealand, known to many of us as the driving force behind the explosion of packrafting in New Zealand. Dulkara has twice organized and hosted the New Zealand Packraft Meet-Up, bringing people from 4 continents and 20 countries together for a weeklong festival of teaching, training and paddling on many of the spectacular rivers of New Zealand’s South Island. Her input into New Zealand packrafting raised the profile of the sport, which in turn inspired others to form PRANZ (www.packrafting.org.nz), the Packrafting Association of New Zealand. Dulkara has completed audacious packraft expeditions on 6 continents and is nearly always on, cleaning up from, or packing for the next adventure. Dulkara was recently named as a Pro Ambassador for Alpacka Raft. 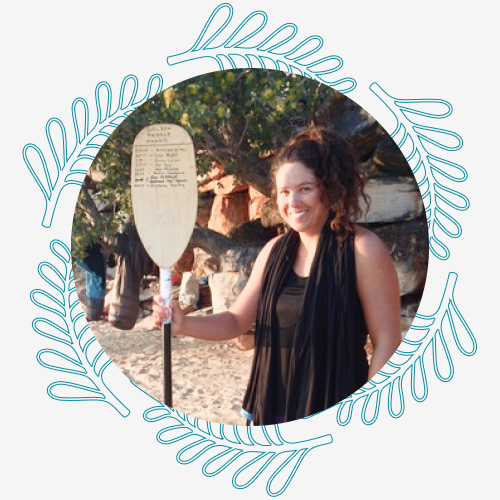 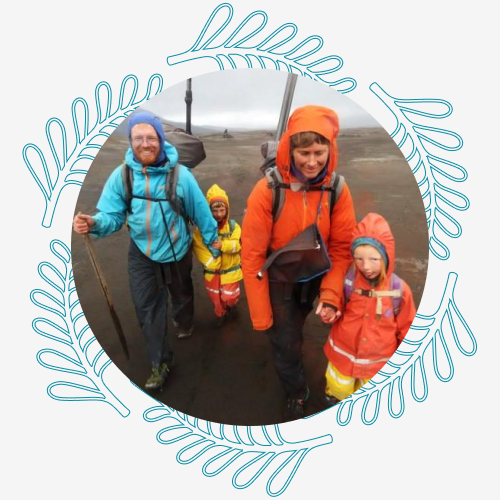 This year the prize goes to Bretwood “Hig” Higman and Erin McKittrick of Seldovia, Alaska. This husband-and-wife team have completed some of the most remarkable packraft journeys ever launched, most notably their 4,000 mile “ground truth trek” in 2008 from Seattle to the tip of the Alaska Peninsula. Along their travels they have highlighted many of the pressing conservation issues facing wildlands in Alaska and Canada, and lately they have brought their two very young children along. Hig and Erin have inspired many with their humble style yet audacious vision, which is apparent on their website, GroundTruthTrekking.org. We are pleased to recognize their significant contributions to packrafting and the conservation of wild places by awarding them the Golden Paddle.

Willem Vandoorne is a Belgian-based adventurer who began his outdoor life as a teenager exploring Scandinavia and the Alps on foot. Since buying a packraft in 2011, Willem has taken international soloist packrafting to a new level with several month-long to four-month traverses of remote wilderness regions. In 2013, Vandoorne made a four-month south-to-north traverse of Norway. He followed that with a month linking fjords, lakes, and rivers with foot travel across southern Greenland. During the austral summer of 2014-2015, he made a 64-day packraft-assisted traverse of New Zealand’s South Island. The 29-year-old credits his connection to heart for inspiration and planning his many multi-week odysseys. “I learned to compose my own tracks instead of following pre-designed way marked routes or the traces of others, mostly just by looking at the maps and letting the affection grow…It is incredible how a packraft adds fun and variation to such long adventures, and allows one to view backcountry from a different perspective!”While these trips were solo, the humble adventurer maintains an informative web presence about his itineraries for others who might want to visit those wild places and follow in his footsteps and paddle wake. Check out Vandoorne’s itineraries, stunning photographs, and inspiring videos at his blog. 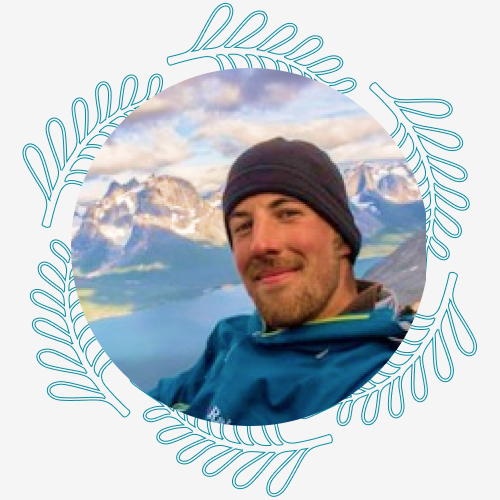 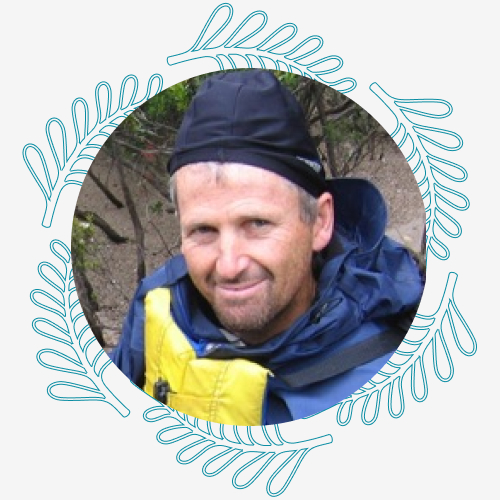 Introduced to packrafting as a young man in 1982, John participated in the legendary effort to protect Tasmania’s Franklin River from damming. These successful efforts included a floating human blockade and several packrafting films that alerted Australians to the wilderness and whitewater at stake. During the “dark ages” of the 1990s, when Aussies lacked access to new boats and the sport all but died, John was one of a handful of Australian paddlers who carried the torch and continued to pioneer bold and creative packrafting routes.In the new millennia, when the first modern packrafts became available in Tasmania, John led the “renaissance” and today our sport is again flourishing in the Tasmania wilderness. John remains an avid packrafter and last year visited North America where he completed packrafting routes in Montana and Alaska, and was the keynote speaker at the 2014 Packraft Roundup. John exemplifies the American Packrafting Association mission of conservation, safety, education, and access.

“Honestly, designing these boats has been one of the greatest joys of my life,” said Sheri on learning of the prize. “I come to the shop every day still excited to think about what stuff I can come up with that would make the boats a little bit better or new things that would be good for packrafting. I feel so blessed to be able to do this. It just makes my heart soar every time I think of all the amazing adventures people with these funky little boats. What a hoot that you can have such a great time in such a simple little boat.” We are all grateful for the joy and adventure that Sheri and Alpacka Raft have brought to us and the world. Without Sheri’s vision and design excellence the sport of packrafting would not be what it is today. 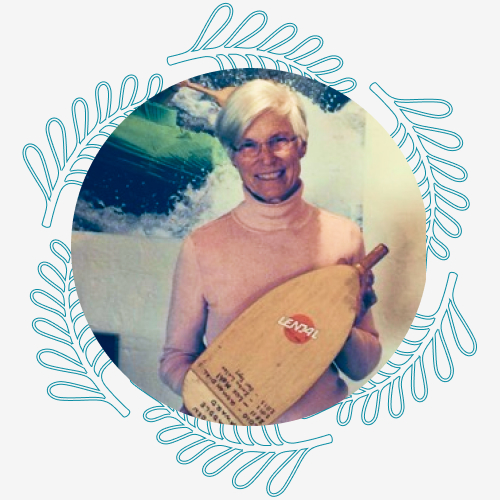 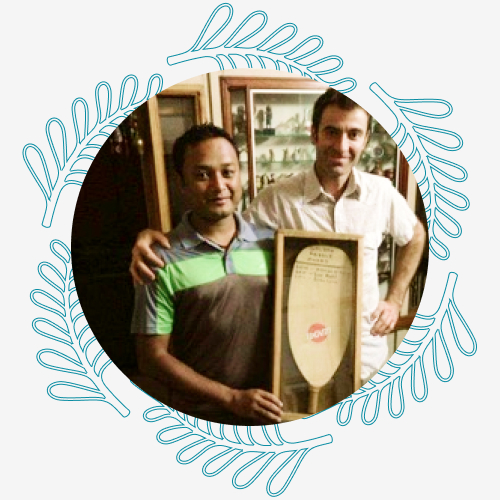 Zorba Laloo is an avid packrafter and conservation advocate in the Meghalaya Hills of northeast India. Zorba enjoys scenic floats and running rapids, but he has a much more significant objective in mind – using the packraft as a tool to promote environmental awareness in a landscape that is on the tipping point of disaster.For several years Zorba was the packrafter in India. His passion (and internet connection) enabled him to form friendships with paddlers around the world, collecting advice for everything from paddle technique to teaching awareness about toxic mining runoff. As much as he likes being on the water himself, he is more committed to sharing the experience. Zorba has literally provided hundreds of people, mostly high school and university students, their first experience in any boat. Can packrafting change the world? If so, it will be because of paddlers as passionate and generous as Zorba Laloo.

Luc Mehl embodies the modern Alaskan adventurer: multi-sport and media-savvy. Luc’s expeditions up and over Denali, Mt. Logan, Fairweather, and the Cook Inlet skyline included skis, boots, bikes, packrafts, ice-axes, and whole tribes of friends. Besides his expeditionary treatment of packrafts as tools to get up, down, and around major mountains, Luc has also participated in the Alaskan vanguard of whitewater packrafting on notable Class IV runs like the Talkeetna Canyon, Upper Bird Creek, Upper Willow Creek, and the Kings River Magic Mile. He has been race director (and winner) of the Alaska Mountain Wilderness Classic, which for more than thirty years has been the arterial blood of Alaskan packrafting. Luc’s YouTube and Vimeo videos are a beautiful collection of images and sound. His blog – Things to Luc At – is a colorful, eclectic, and loving collection of well-told stories about his friends and adventures. The Golden Paddle was handed to him for his creative adventuring, documentation, and community participation. 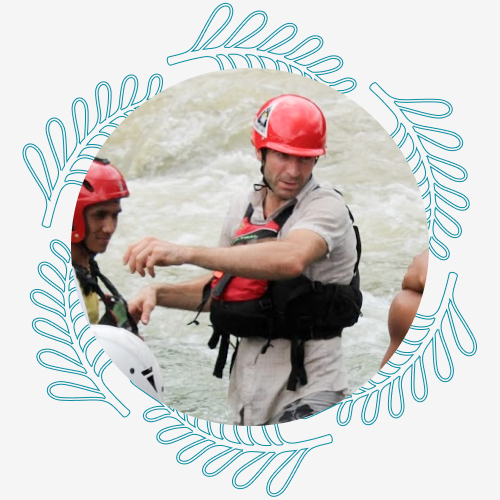 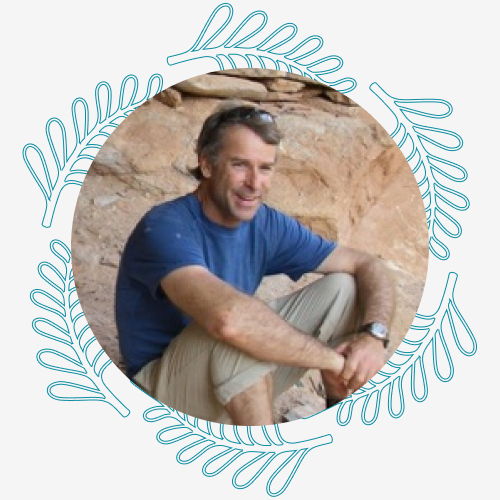 Roman Dial and packrafting are one and the same – smart, fast, light, compact, and tough as hell. Roman can go and has gone anywhere and everywhere in the world, and he did it first. Roman  was the recipient of the first Golden Paddle Award in 2010. Packrafting is part of our lives now because of Roman -- he wrote the book and the rest of us are still just reading it. Thank you Roman! http://packrafting.blogspot.com/

History of the Golden Paddle

The Golden Paddle was conceived by founding President of APA Brad Meiklejohn (himself the 2020 Golden Paddle winner). The Golden Paddle award itself is tongue-in-cheek – a wooden blade from a Lindal paddle - and speaks to Brad's vision of packrafting: rugged, functional and unpretentious. When Brad carried the Golden Paddle to Western Australia to present the award to 2017 winner Dulkara Martig, they ended up using it to improvise a fix for a broken paddle on their trip to the Kimberley. The Golden Paddle returned home to Brad for a year in 2020, before they both head out for future adventures that we can only begin to imagine.